The radiation safety hutches have been installed!

On 28th February  2022, BEATS completed the installation of the radiation safety hutches, six weeks ahead of schedule.

BEATS will operate using hard X-rays emitted by a 3-pole wiggler installed in a straight section of the SESAME storage ring. To protect personnel from radiation generated during the operation of the beamline, all optical elements, like beamshaping, monochromator, and experimental equipment, for example the sample and detector stages, need to be shielded from the experimental hall by so-called radiation safety hutches.

The hutches, which consist of lead shielding mounted on a steel infrastructure, guarantee that the dose rate outside the hutch is close to values existing naturally.

During the first year of the BEATS project, when the type and characteristics of the X-ray source were determined, precise calculations were carried out to determine the thickness of the shielding materials for the different parts of the hutches.

The German company Innospec, who won the subsequent tender exercise, prefabricated the hutch panels during the 2nd half of 2021 and shipped all components, which weigh around 80 tons in total, to SESAME in December 2021.

The next important step, scheduled for September 2022 after the installation of the source and front-end, will be the radiation safety tests to verify the radiation-tightness of the hutches. 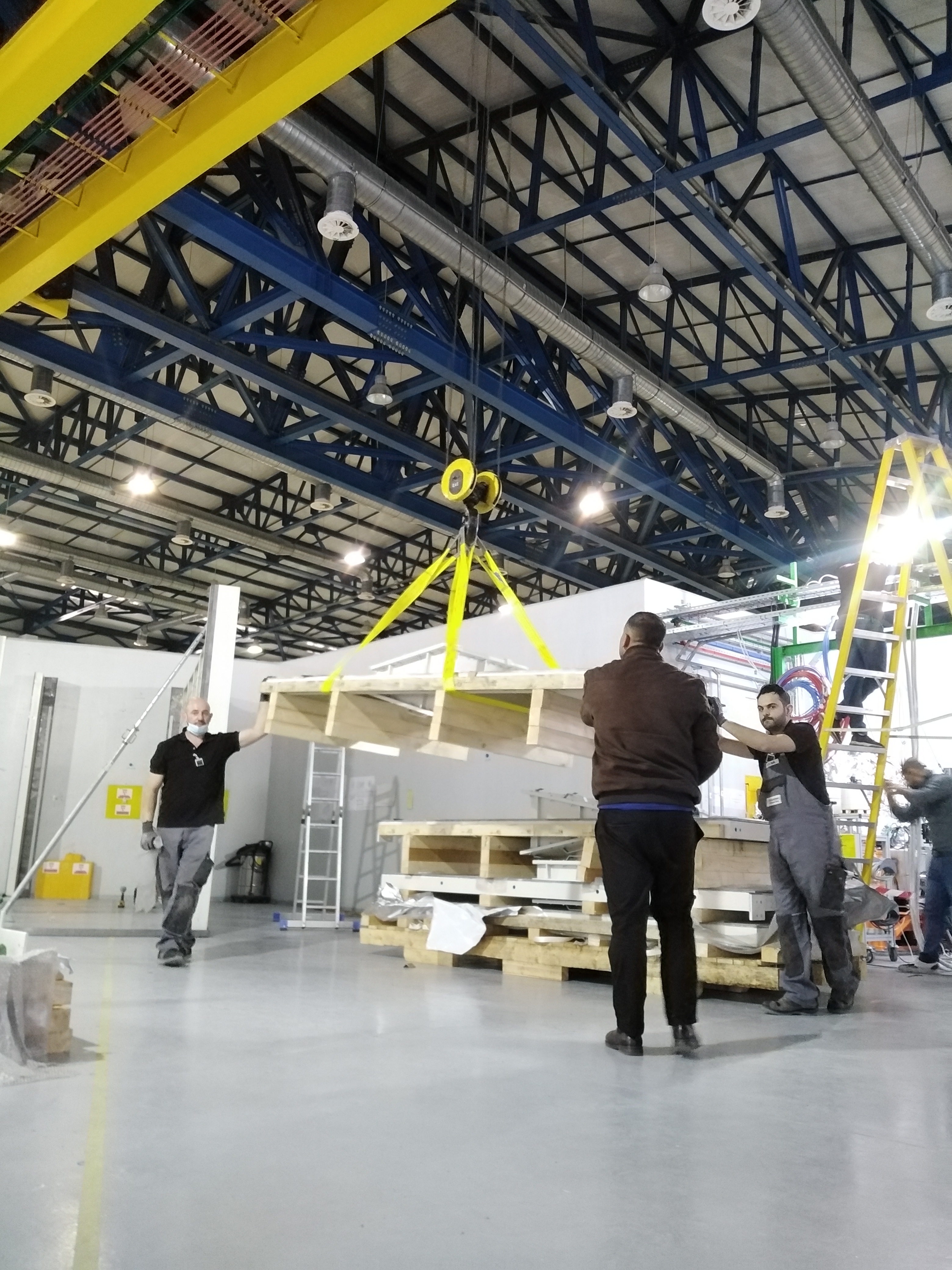 It will take three weeks to install the hutches. Photo: Gianluca Iori. 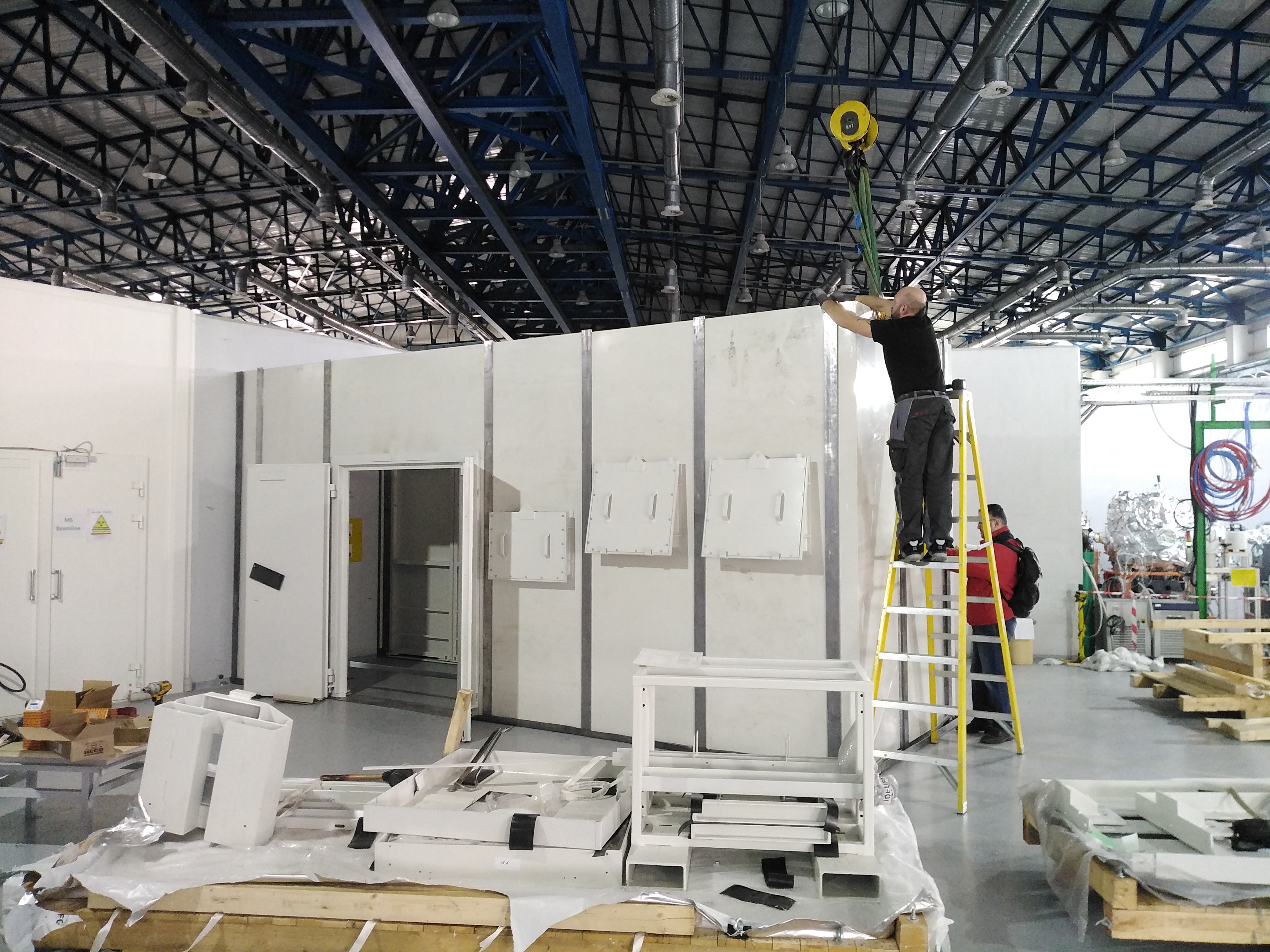 Watch a timelapse of the construction of the beamline hutches.