It has been a strange year for everyone. Our routines have been plundered, our bearings scattered and we have all had to adapt in some way.  We have developed new ways of working together, working in isolation or just plain working. So how does that pan out when you are a young scientist tasked with building a brand new beamline in a foreign country and with a limited amount of time to do it?

Gianluca Iori, beamline scientist on the BEATS project, is facing that challenge. Since the project launched in January 2019, Gianluca has been on the hot seat. With a master’s degree in mechanical engineering and a PhD just fresh off the press, he took on the ambitious task of building the first tomography beamline in the Middle East. It is not something you can learn from books or on university benches and his learning curve resembles a COVID graph at the peak of the pandemic.

Luckily, Gianluca is not alone. He is part of the 9-member consortium behind the BEATS project, the members of which – Alba, The Cyprus Institute, DESY, Elettra, ESRF, INFN, PSI, SESAME and SOLARIS – provide a large pool of expertise and experience that will benefit SESAME. The project is split into seven activity work packages, each responsible for a key aspect in the huge enterprise of designing, building and then running a new beamline. It is to work package 2 (sustainability) that falls the task of training Gianluca in the aspects of beamline construction and operation, notably at PSI, which operates TOMCAT, a world-class imaging beamline.

The TOMCAT beamline at the Swiss Light Source (SLS) at PSI has inspired the design of the BEATS beamline. The photon source and the properties of the future beamline, as well as its performance, will be comparable to those of TOMCAT. It is here that Gianluca’s beamline training takes on full meaning. It is the ideal place for him to review principles and choices related to the technical design of the future beamline. TOMCAT is also a key partner of work package 7 (data analysis and management). TOMCAT has vast experience in this field. The TOMCAT team is supporting SESAME to reproduce the pipeline for data acquisition, adapting detector and experiment control systems developed at TOMCAT to the specific infrastructure and needs of SESAME. 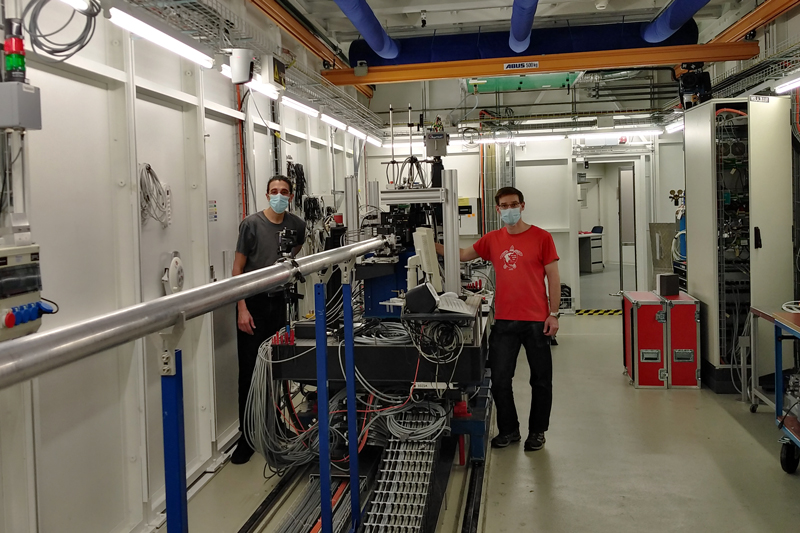 “At TOMCAT, we invest a lot of effort into providing excellent support to our users”, says Marco Stampanoni, Head of the TOMCAT beamline and Professor for X-ray Imaging at the Swiss Federal Institute of Technology (ETH) in Zürich. “The key for successful beam time is the team working hard on the design and execution of the experiment as well as the data analysis thereafter. With the complexity reached by today’s tomographic microscopy experiments, the role of the beamline scientist is mission critical. I am delighted that TOMCAT can play a crucial role in providing Gianluca with the skills he will need to successfully build-up and master a competitive imaging programme in the Middle East.”

“This training at TOMCAT is crucial,” says Gianluca. “Everything I learn here about the performance and the modes of operation at TOMCAT is directly reflected in the design of experiments at BEATS.”

For Christian Schlepütz, Beamline Scientist at TOMCAT, this experience is more a highly productive and stimulating information exchange that will benefit all players, rather than a one-sided training course.

“Gianluca is a very bright and super attentive scientist, and he just seems to suck up all of the information and experience that he can gather at TOMCAT. In turn he offers his opinion and experience from his previous trainings at other facilities, which is very useful input for us”, says Christian. “PSI will undergo a facility upgrade in the period from 2023-2024 and we are now in the planning phase to build a new beamline for tomography. A lot of the questions we are facing are similar to those Gianluca is dealing with today and this exchange of views and opinions is extremely constructive for both projects.”

The original training programme included two engineers from SESAME and one IT expert from SOLARIS, however due to Covid-19 related travel restrictions they were not able to come to PSI. The team has partially overcome this drawback through a large number of virtual meetings. With the second wave of the pandemic, several users had to cancel their beam time with a significant impact on the number of experiments.

“I haven’t been able to assist user’s experiments as much as I would have liked. Nevertheless, the colleagues of TOMCAT have made a huge effort for me to take part in as many experiments as possible,” says Gianluca. “I’ve worked at the beamline with the TOMCAT local contacts Christian Schlepütz, Stefan Gstöhl, Anne Bonnin, Hector Velardo as well as with Philipp Zuppiger. Federica Marone, Rajmund Mokso, Nazanin Samadi, Celcer Tine, Anna Bergamaschi, David Reinhard and Gordan Mikuljan have also helped me by reviewing the technical design of BEATS.”

SLS is situated in the country and Gianluca has managed to find a place to relax and unwind with walks to the nearby river and forest. He is also thankful to his new colleagues, especially Nazanin Samadi, Post Doc at TOMCAT, who has been assisting him with settling in, travel arrangements and getting to know the area. 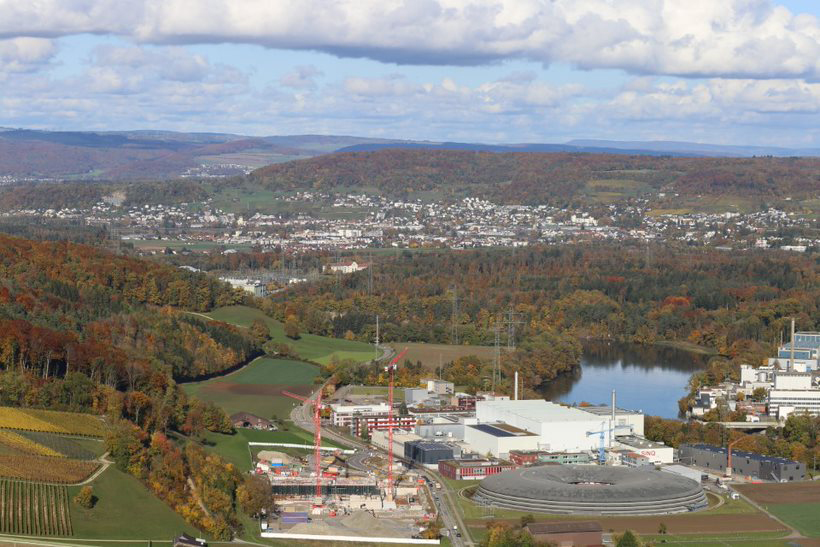 The TOMCAT beamline is part of The Swiss Light Source in Villigen, Switzerland. Credit: G. Iori.

Gianluca will remain at the Swiss Light Source until 23 December. This is the third and final stage in his training programme, after several weeks spent between Elettra in Italy and the ESRF in France. The BEATS project is on track and 2021 will be dedicated to the procurement and benchmarking of the experimental station of the new beamline. If restrictions permit, Gianluca plans to return to SESAME and Jordan in January.

Read the article on Gianluca’s training on the TOMCAT website.