The optimal source for BEATS

If a yellow caterpillar with a flower on its head springs to mind when you hear the word wiggler, then you have not worked at a synchrotron. Mario Kart1 can keep the yellow crawler; we are taking you to another fascinating world where wigglers exist – for real.

In a synchrotron, wigglers, or undulators, play an essential role in the production of X-rays for a beamline. These devices consist of a series of magnets, either permanent or superconducting, set-up with alternate magnetic fields. Despite their name, they do not move themselves but instead force the electrons that pass through them to undulate or wiggle. These oscillations lead to the emission of intense and highly collimated electromagnetic radiation with wavelengths over a broad spectrum, from the visible light to hard X-rays.

One of the first and major decisions in the design and construction of a tomography beamline at SESAME was to choose the optimal X-ray source for the beamline. The source constitutes the first building block of the beamline, and other components – for example the design of the front-end and the beamline optics – are dependent on the characteristics of the source.

Given the pivotal role of the source in the BEATS project, Work Package 3 (WP3) only had a short time in which to make a decision on the source in order not to delay the design and construction of the rest of the beamline.

Sources come in different shapes and sizes and several options were open to BEATS:

Several requirements weighed on the decision, notably that the critical photon energy, or energy of the resulting X-rays, had to be considerably higher than that of the SESAME storage ring dipoles (6 KeV for a typical 2.5 GeV synchrotron). Also, the flux and brightness of the X-ray beam produced had to be the highest possible.

WP3 found that the super-bend magnet would have required new quadrupolar correction magnets plus considerable mechanical work on the storage ring itself, including the modification of girders. The multipole wiggler would have needed superconducting technology and the associated infrastructure, which was not available at SESAME.

WP3 recommended a 3-pole wiggler with a 3 Tesla magnetic field to be installed in one of the short straight-sections of the SESAME storage ring. This device will enable an increase in critical energy to around 12 keV and will make it possible to use energies of up to 50 keV.

Read the full report from WP3.

WP2 then set to work on establishing the magnetic design, which became the basis for a call for tender exercise launched in May 2020.

Magnetic field lines within the gap at longitudinal position Y=0

The Italian company KYMA won the bid. Despite the impact of the pandemic, then followed a close collaboration between experts at KYMA and BEATS to establish the final magnetic and mechanical design, then the manufacture. 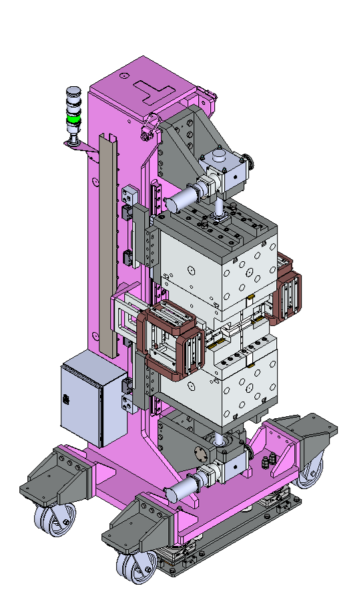 In September 2021, the new source was characterised. This involves measuring the magnetic field in 3D for several values of the gap and evaluating the resulting impact on the electron orbit inside the SESAME storage ring. With no signs of adverse effects on the orbit, BEATS partners approved the Factory Acceptance Tests (FAT), held remotely, and cleared the device for shipping. Read the full report.

The 3-pole wiggler finally arrived at SESAME in June 2022 where it now sits, patiently awaiting installation during the next SESAME machine shutdown end August 2022.

And …. as the crate remains unopened, we are still to find out whether or not it contains a yellow, eight-legged, flower-headed caterpillar. 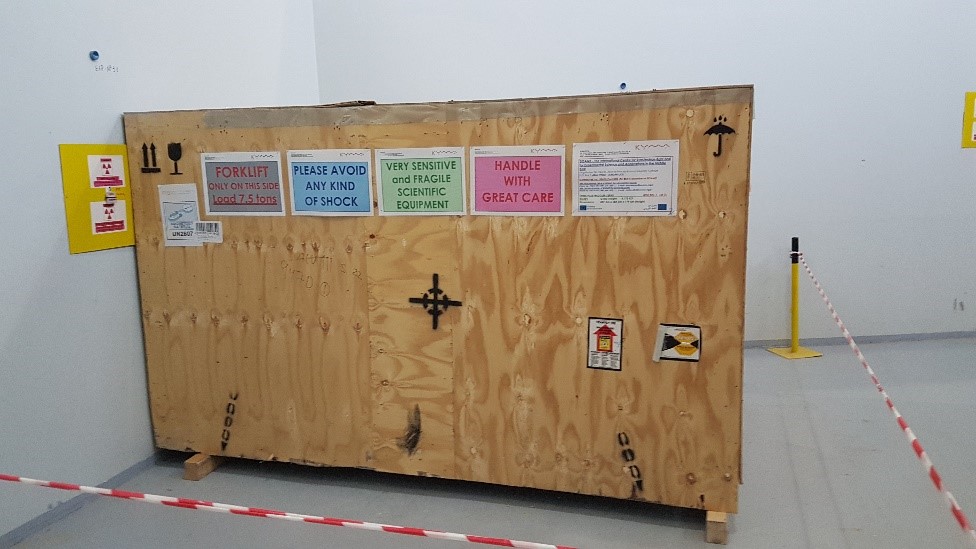 1 The Wiggler character first appeared in the popular Nintendo Mario Kart game in 1990 and has made regular appearances since.